articulations
Wrapping words around that gut feeling
Images from the roadtrip 2: Beebe, Arkansas

Flags, and how they are placed relative to each other, were a recurring theme during this roadtrip. 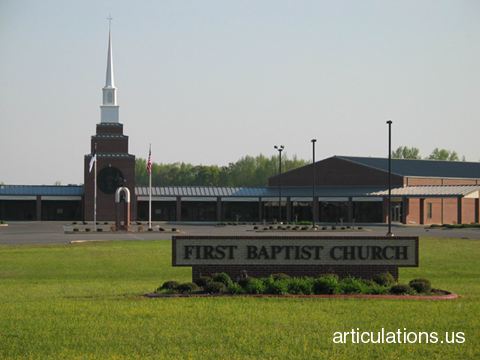 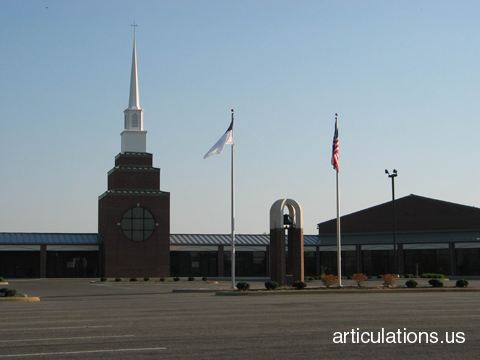 At the First Baptist Church of Beebe, Arkansas, the American flag is incorrectly flown, with the Christian flag on its own right. Churches that do this are making a statement of Christian supremacism, through the improper physical placement of Christian and national symbols. April 12, 2003. Images copyright © 2003 Michael T. Doughney.